Throughout the NFL regular season, games are one of the biggest things that NFL fans will bet on as well. There are way more things to bet on other than just the game itself. There are things that people will be on, and it can be anything they want it to be.

There are different NFL odds for different types of bets. What are some of the different guides to go along with betting on things other than just games?

One of the hottest topics throughout the NFL regular season is NFL MVP. This is the biggest award that someone can win throughout the regular season, but over the years, quarterbacks have won this award a lot. The last time a non-quarterback won the award was in 2012 with Adrain Peterson on the Minnesota Vikings. Over the past couple of years, Green Bay Packers quarterback Aaron Rodgers has won the award in back-to-back seasons, but he won’t win it this season.

Vegas NFL odds currently has Kansas City Chiefs quarterback Patrick Mahomes II to win the 2022 NFL MVP at +225 odds. After that, Buffalo Bills quarterback Josh Allen and Philadelphia Eagles quarterback Jalen Hurts has the second-best odds to win the NFL MVP Award at +250 odds.  There are others that have a shot at the award, but those are the top three candidates to win it.

Betting On Offensive Player Of the Year

The next best thing to winning the MVP Award is winning the Offensive Player Of the Year Award. This usually doesn’t go to the quarterback. This most likely goes to a wide receiver and sometimes a running back who has a really great season. Los Angeles Rams wide receiver Cooper Kupp won the award last season, and he will most likely not get it this season.

The NFL lines for this have been changing on a daily basis. It remains to be seen who will win this award once the season comes to an end.

Betting On Defensive Player Of the Year

There are a lot of people that don’t like to talk about the Defensive Player Of The Year because no one really likes to talk about defense in an offensive league. It is still very important to have very noticeable defensive players on your roster.

Pittsburgh Steelers outside linebacker T.J. Watt won the award last season after tying New York Giants Michael Strahan’s record of 22.5 sacks record set back in 2002. Watt absolutely deserved the award last season but isn’t in the running for it this season because he hasn’t played since the first week of the 2022 NFL regular season.

Micah Parsons, EDGE rusher on the Dallas Cowboys, has the best odds to win the Defensive Player Of the Year Award this season at -250 odds. What Vegas is telling you here is that he is going to be the overwhelming favorite to win it. The one that has the second-best odds to win it this season is San Francisco 49ers defensive end Nick Bosa at +800.

Thirdly, Myles Garrett of the Cleveland Browns, as a defensive end, has the third-best odds to win this award at +1200 odds. Garrett has been in the running for the Defensive Player Of the Year Award over the past couple of seasons. There is always Aaron Donald, the defensive tackle of the Los Angeles Rams, who can win this thing every year, but he won’t. Donald has +2200 odds, which is the same as Las Vegas Raiders defense end Maxx Crosby (+2200) odds. 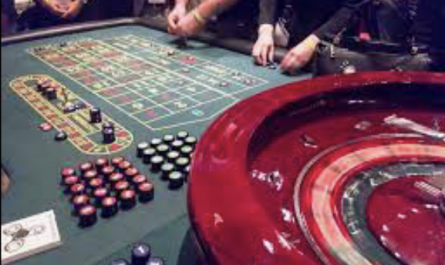 Best Online Roulette Casinos You Should Play in 2022

5 reasons you prefer the game of online Rummy