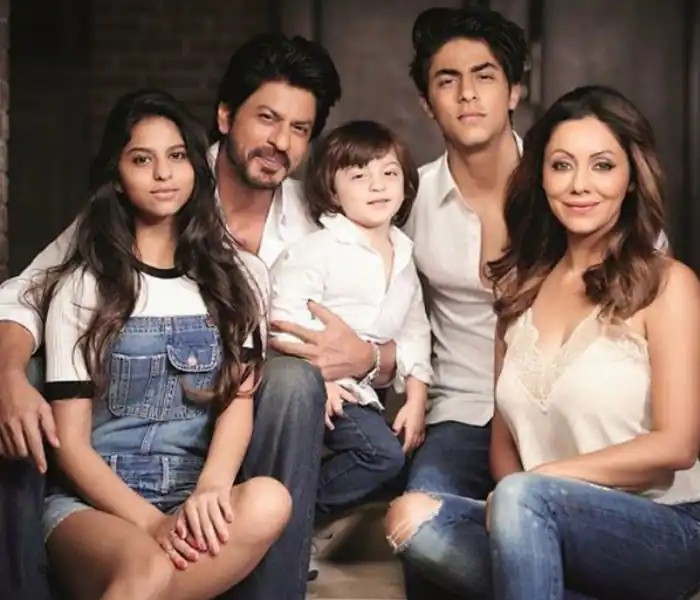 Aryan Khan, son of Shah Rukh Khan and Gauri Khan, was born on November 13 1997, in New Delhi. Aryan Khan has done his schooling at Dhirubhai Ambani International School, Mumbai And Sevenoaks School, London. He then did his Bachelor of Fine Arts, Cinematic Arts, and Television Production from the School of Cinematic Arts, one of the best universities in Southern California. As a celebrity kid of King Khan and Queen Khan, fan’s also want to see him in Movies. Aryan Khan’s First Film was in Kabhi Khushi Kabhie Gham with his father. 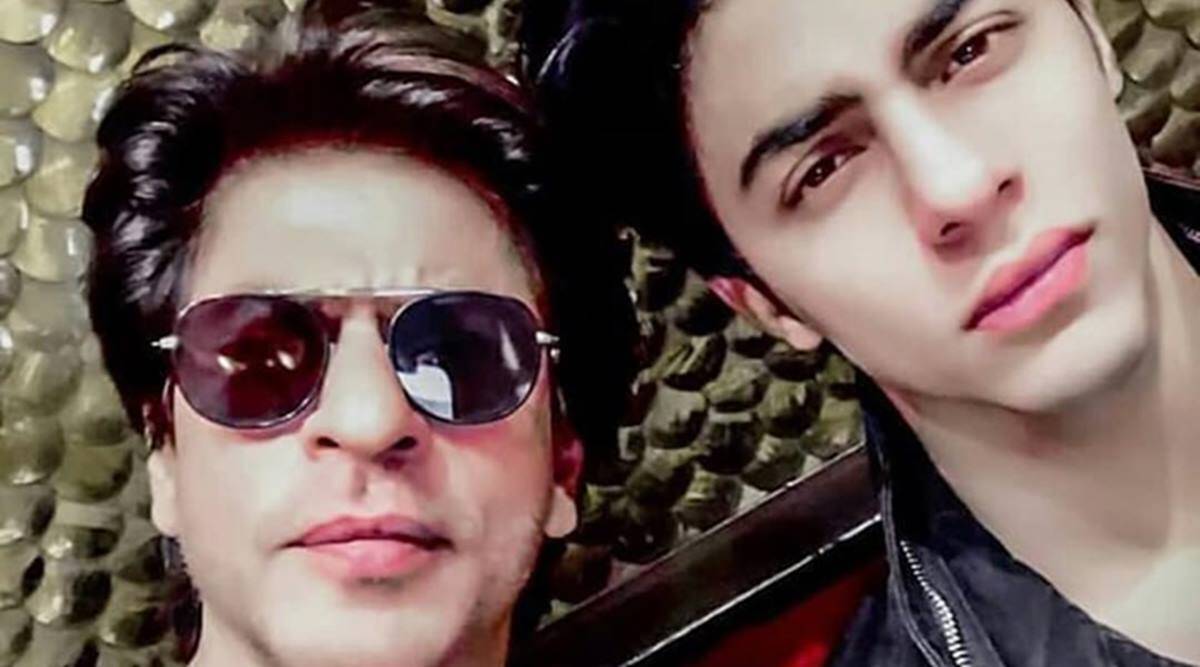 Aryan Khan was born on November 13 1997, in New Delhi. His name “Aryan Khan” was given to him by his family members. His father, Shah Rukh Khan, is an actor and Film producer in the Indiana cinemas and known as “king khan” his Mother, Gauri Khan, is an Indian film producer and an Indian actress. She is also known as “Queen Khan”. And His Siblings are sister Suhana Khan and Brother Abaam Khan. 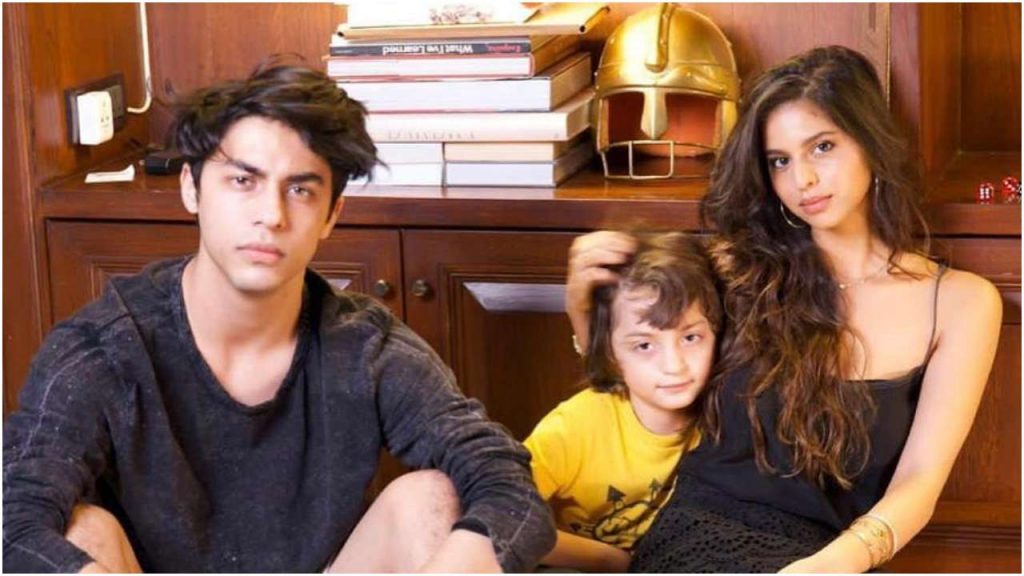 Aryan has yet to get married, and not officially, nor has he hinted that he would like to be. He has been spotted with many models and Bollywood actresses (s) during the promotions of his father’s movies. However, he has been linked to Navya Naveli Nanda, the granddaughter of Amitabh Bachchan and Jaya Bachchan. Later it was denied by both parties. His hobbies are Taekwondo, Soccer and playing cricket.

Aryan Khan did his schooling at Dhirubhai Ambani International School, Mumbai and Sevenoaks School, London. he then did his bachelor of fine arts, cinematic arts and television production from the school of cinematic arts, one of the best universities in southern California.

Recently Aryan Khan was caught in connection with the Mumbai cruise drugs case early in October by NCB ( Narcotics Control Bureau ); however, he was claimed to be a witness and cleared after questioning by the Anti-Narcotics Cell. After several court hearings, with lots of drama and 26 long days in custody later, the Bombay High Court granted him bail on October 28.

How did it all Begin

On October 2, Aryan left his house to attend the cruise party on board Cordelia Cruises’ Empress ship in Mumbai with some friends. When he was arrested, the police found his passport authentic and said that he had declared his trip in advance of the visit. The police also claimed that Aryan Khan stated that he did not know the passengers on board were making drugs, a claim which was disproved by CCTV footage which shows him walking inside the ship with several passengers at the time of arrest; Aryan Khan was alone outside smoking a cigarette and later boarding. Aryan Khan is a celebrity kid, so he along with his bodyguards were arrested by the police from the cruise ship Empress where he was present at that time when the police raided the ship and found that several drugs were available in the parties held onboard and in the rooms of some guests. The police also found 13 grams of cocaine, 5 grams of MD, 21 grams of charas, 22 pills of MDMA (ecstasy) and LSD inside the cruise ships. The Cruise party was organized by an event management company which hosts parties at high-end hotels, pubs etc. many of the guests were arrested, the majority of whom were foreigners.

The Mumbai court had initially decided to keep Aryan in police custody for 14 days to allow the court time to cross-examine him, but after 26 days, it had rejected Aryan Khan’s plea for bail. In addition, Aryan Khan had stated that he was ready to face trial and also said that he was willing to help the police in investigations if required. Aryan Khan faces a punishment of at least one year through three years imprisonment.

In the first hearing on October 3, Aryan Khan’s defense attorney Aditya Sondhi told the court, “Aryan Khan is a young student and has no criminal record. He was picked up by police based on a tip-off. My client will not run away and will cooperate with the investigation.” However, in the second hearing on October 4, Aryan Khan’s lawyer opted for a discharge application, saying that neither he was arrested nor any case against him.

Aryan Khan was denied bail on October 26. When his mother, Gauri Khan and sister Suhana Khan appeared in the court to secure his release, the judge declined their request and asked the police to submit a report on Aryan’s educational background if he was approved for bail.

Aryan Khan was granted bail on October 28. The Bombay High Court granted bail to Aryan, Arbaaz Merchant and Munmun Dhamecha. But the High court also asked them to cooperate with the investigation and surrender their passports.

Though it was a tough year for Aryan Khan in the recent news, Shah Rukh Khan and Gauri Khan plan laid out for their son, where he will learn about filmmaking and acting skills, the media have not been able to get more information about Aryan Khan’s film project.

Coming into the Bollywood industry is not very easy to establish oneself in the industry, especially when one is a child of a celebrity parent. Still, Aryan made his first film debut with Kabhi Khushi Kabhi Gham with his father. Aryan has also done a voiceover for the character of Simba and his real-life dad Shah Rukh Khan is the voice of Simba’s father, Mufasa, in the film The Lion King. Aryan was also Dubbed for Tez(Dash) in The Incredibles (2004)

Aryan Khan lives with his parents and siblings in a Mannat mansion in Bandra, Mumbai, located on one of the most beautiful avenues in the city. The house is in a posh area and has 12 bedrooms and 20 bathrooms. The mansion belongs to ultra-luxury homes built along the sea or a popular water body with interesting architecture and a high-security system.